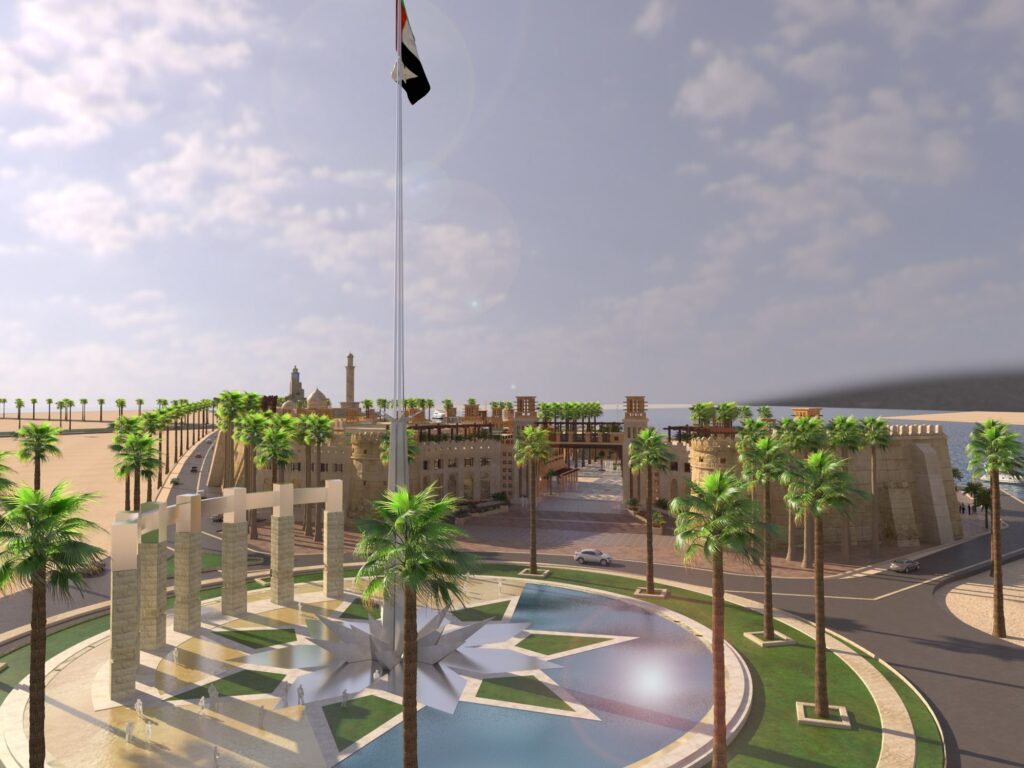 
The Pole takes the form of a star in all its sections. It is a star consisting of seven arms, each arm of which represents one of the constituent emirates of the union. And this star (in the plan and the section) begins in its first stages to be separate arms rising from the ground representing its renaissance. Then it joins with each other to form the star shape in the area of the base tilted towards the center. From the sari, which represents the launch in the sky until it ends with a star that is at the highest point of the sari, representing the flight of the UAE as a star in the sky to take its high place and looks up to it while it is flying in the sky. 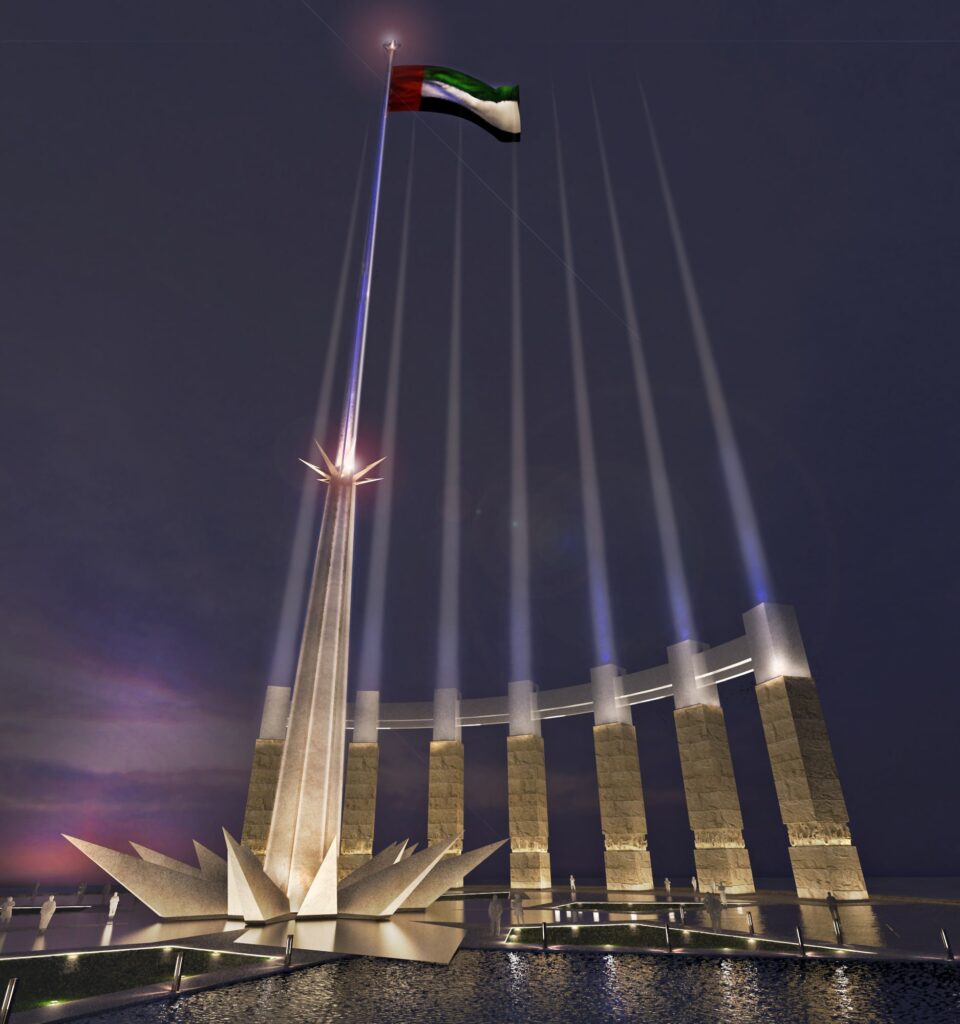 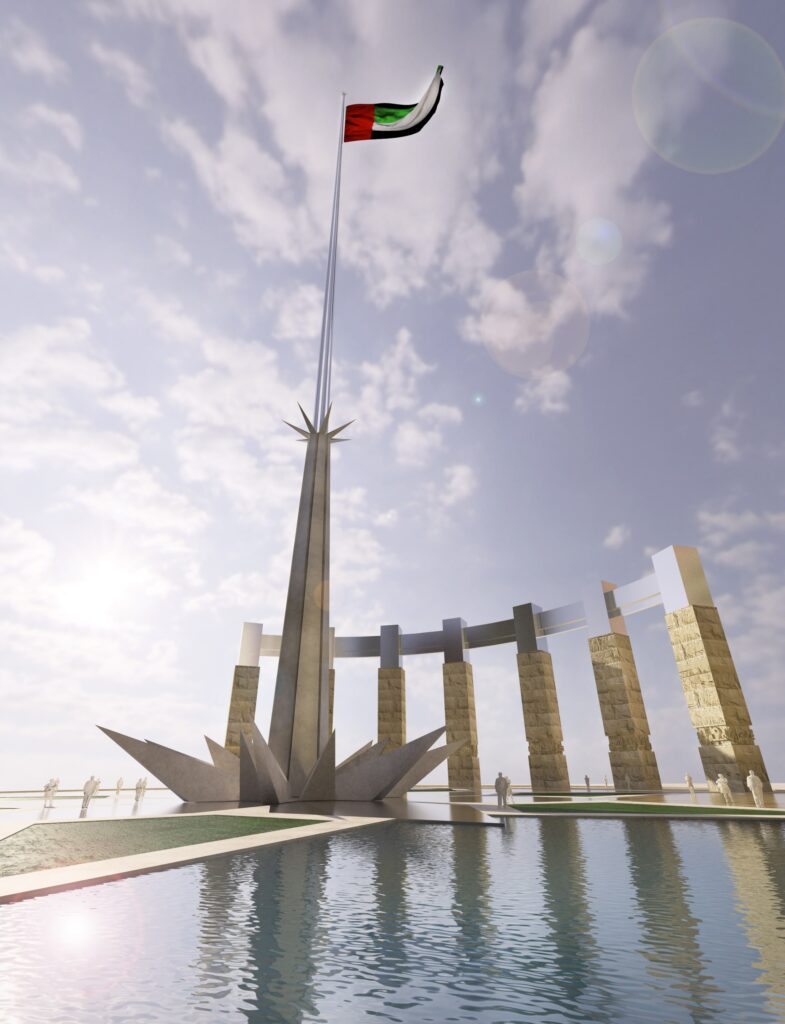